This new Halo 4 Xbox console is expected to be launched with Halo 4 which is due later this year, of course this has yet to be confirmed by Microsoft. 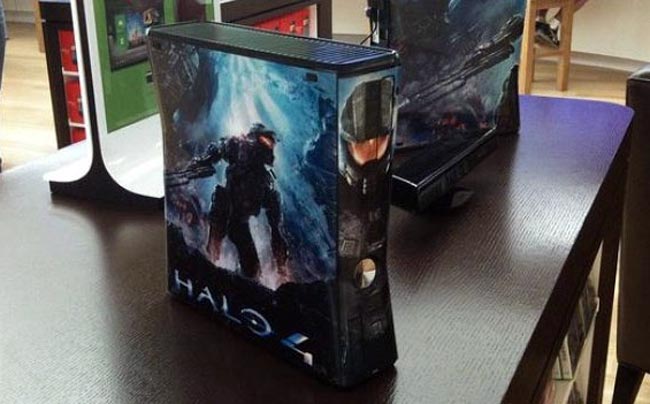 As you can see from the photo the Halo 4 version will be an Xbox 360 Slim,  and it features Master Chief on the side and front of the console, now doubt it will come with some other Halo 4 themed accessories, as soon as we get some more information on this new Halo 4 Xbox 360 console we will let you guys know.