If you have been patiently waiting for the arrival of the new Halo 4 Crimson Map Pack, you’ll be pleased to know that it is now available to download from the Xbox LIVE Marketplace and ready to play. 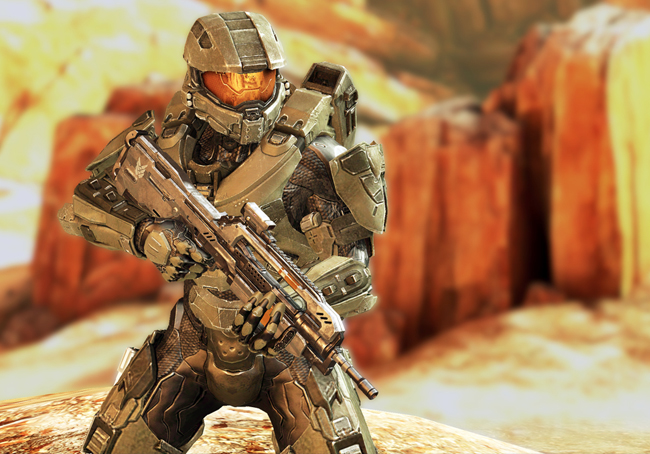 The Halo 4 Crimson Map Pack is priced at 800 MS Points, or included as part of the War Games Map Pass or the Halo 4 Limited Edition. Players also have exclusive access to a single premium playlist that will feature the new maps and will be the only place players can experience 6 vs. 6 matchmaking experiences, the new Extraction game type, and a wide range of voting combinations for different maps and modes.

Wreckage: A medium-sized, asymmetrical map great for accommodating a wide range of objective-based game modes including King of the Hill and Capture the Flag. It is a ravaged environment of crashed debris, where the surrounding destruction creates complex paths perfect for throwing off your opponents, or testing the limits of your Warthog. This devastated landscape provides plenty of cover, with tons of nooks and crannies at your disposal while fighting for your turn to become King. Wreckage supports up to 16 players in Infinity Slayer and up to 12 players in a variety of other modes, including Capture the Flag, King of the Hill and Oddball.

Harvest: The doomed agricultural planet where humans first made contact with the Covenant. A small to mid-size map, Harvest is ideal for Capture the Flag. Here, you’ll need to get creative to effectively use light vehicles which are limited to the exterior pathways and can’t get into the bases, making this map perfect for infantry firefights and face-to-face skirmishes. Snipers will also feel right at home; long sightlines are broken up by great cover and hiding spots. Harvest allows up to 12 players to face off in Capture the Flag, Infinity Slayer, King of the Hill, SWAT and Slayer Pro.

Shatter: Themed around natural crystalline surfaces and the huge UNSC factories mining them. This large, symmetrical map is a playground for the Warthog and Mantis – its open pathways make it easy to get around, whether on foot or in vehicles. Shatter is a great fit for Dominion and the new game type Extraction. For some close-quarters face-time, escape the open landscape and duck into a mining facility, or slip through a doorway and hunt unsuspecting Spartans. Shatter enables multiplayer mayhem for up to 16 players in Infinity Slayer and up to 12 players in other modes, such as Capture the Flag, King of the Hill, Dominion and Extraction.

Extraction: A 5 vs. 5 objective-based game type where opposing Spartan teams are tasked with extracting assets from various sites around the map. Once a team has found a site and is in position, they must plant their beacon and protect it from the opposing team while the extraction process occurs. If the defending team remains in control of the beacon, they receive one point, however if the opposing team overtakes the site before extraction is complete, the point goes to them. Once a site has been extracted, a new site becomes available. The first team to extract five points wins.