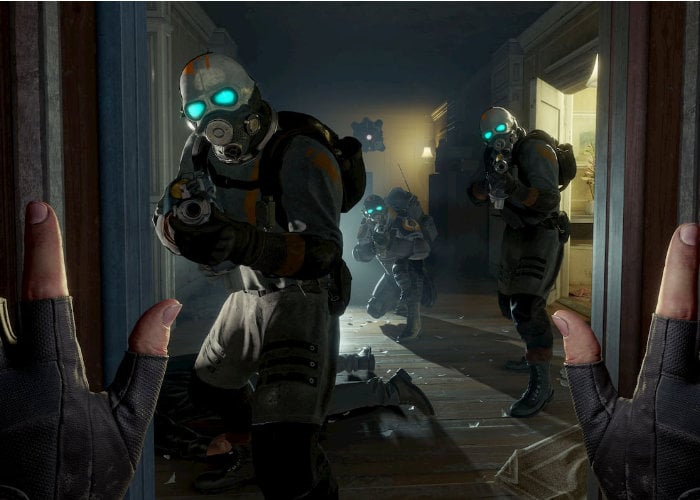 Join the Digital Foundry team as they discuss the reveal of the new Half-Life Alyx game trailer released by Valve last Thursday. Half-Life Alyx has been built specifically for virtual reality and will obviously be available via the Steam games network supporting a wide variety of virtual reality headsets including Valve’s Index, HTC Vive, Vive Pro and more.

The upcoming virtual reality (VR) first-person shooter game has been developed and published in house by Valve Corporation and takes place before the events of Half-Life 2.

“Join John and (appropriately) Alex for their reactions to the surprise Half-Life Alyx reveal. How does it fit into the technical history of Half-Life releases? What cool features do we see from the Source 2 engine? And is this really VR’s first true killer app?”

Half-Life Alyx supports all PC-compatible VR headsets, including the Valve Index, HTC Vive, Oculus Rift, Oculus Quest and Windows Mixed Reality and will be launching during March 2020 and will offer a VR single player game to enjoy.