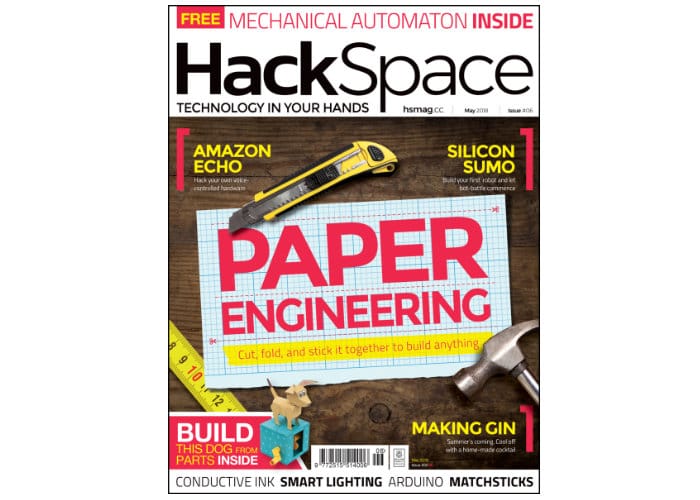 Makers and hobbyists will be interested in no that the 6th issue of the awesome HackSpace magazine is now available to purchase and download, which is published by the official Raspberry Pi Press. In this week’s magazine the main feature concentrates on paper engineering. Teaching you the skills you need to cut, fold and stick paper to build almost anything your imagination can conjure up.

Other features in this week’s issue include how to make Gim for a home-made cocktail party, as well as tutorials on how to build your very own first robot to battle against others if desired. “We learn all about paper engineering and how to cut, fold and stick makes together with just a few sheets. To help you get started with this, HackSpace magazine issue 6 comes with a free paper automaton to cut-out and make. We also chat with Blacksmith and Damascus Steel wrangler Alec Steele, Explore the most interesting projects from around the maker-sphere, electrify a tote bag and much, much more.”

Also in this months issue of the HackSpace Magazine is :