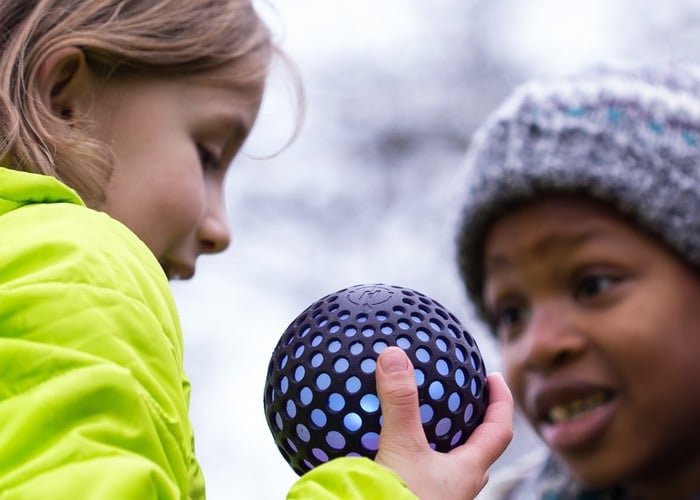 Hackaball a new children’s programmable computer ball has been launched over on the Kickstarter crowdfunding website this month and has just entered into its final week of funding and has already raised double its initial $100,000 pledge goal thanks to over 2000 backers.

Hackaball has been designed to combine both computer gaming with physical outdoor activity and enables children to design and then play their very own games. Watch the video below to learn more about this innovative and possibly revolutionary new children’s game. 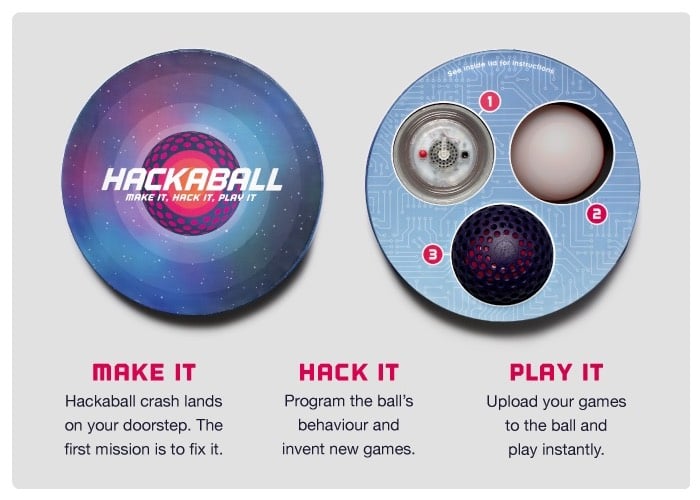 Hackaball has been created to provide children with a smart and responsive ball that they can program to invent and play new games as and when they like. Its developers explain a little more :

“The computer inside Hackaball has sensors that detect motions like being dropped, bounced, kicked, shaken or being perfectly still. Children hack the ball with an iOS app which allows them to go in and change the behaviour of Hackaball to do what they want.

The paired iOS app comes pre-loaded with several games that can be sent to Hackaball to get kids started. Once they’ve mastered these initial games, kids can create brand new ones using a simple building block interface, experimenting with Hackaball’s sounds, LED lighting effects and rumble patterns. You can install the app on as many iPads an iPhones as you like, it’s free! “

For more information on the new Hackaball jump over to the Kickstarter website for details and to make a pledge from $69 to get your hands on one before the end of the year.