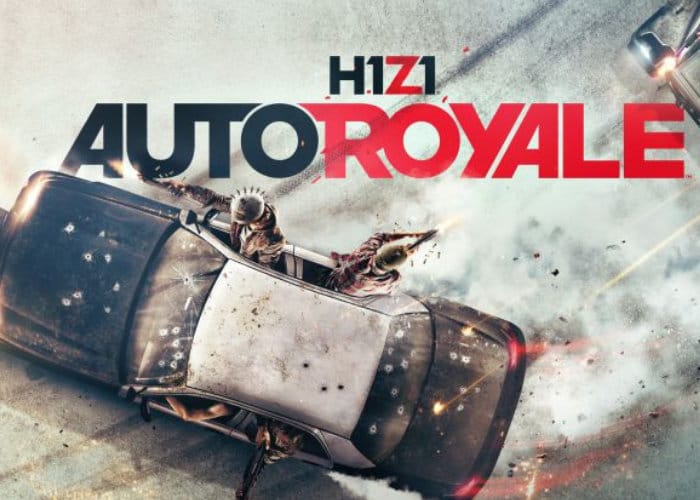 As expected the Battle Royale game H1Z1 now owned by the Daybreak Game Company purchase the game with others such as planet side 2, EverQuest and others from Sony a few years ago has now made H1Z1 a free-to-play title to compete with the likes of Player Unknown Battle Grounds or PUBG. Check out the official announcement trailer below to learn more about what you can expect from the game which has just received a major new update which brings with it Auto Royale a new free car battling feature.

The Battle Royale on wheels feature now allows players to drive into battle as part of a 4-player vehicle, to fight for power ups and equip your squads with upgrades to both your gear and your ride “outdrive, outshoot, and outlast the competition. H1Z1 is a fast-paced highly competitive battle royale shooter where players grab weapons, drive vehicles, and run-n-gun with the goal of being the last one standing.”

For more information on the H1Z1 game and the H1Z1 Pro League battle royale esports competition in Las Vegas, jump over to the official website. If you are interested in watching the E sports competition it will be exclusively streamed via Facebook from April 21st, 2018 onwards. The 15 teams chosen as charter franchises represent some of the most well-known esports organisations, such as North America’s Counter Logic Gaming (CLG), Team SoloMid (TSM) and Cloud 9 and Europe’s Alliance, Vitality and Epsilon Esports.