The new system called Guiding Light combines a smartphone with a mini-projector and magnetic positioning, and projects arrows on the floor in a similar in fashion to the video game, guiding users to their destination. Watch the video after the jump to see the Guiding Light system in action. 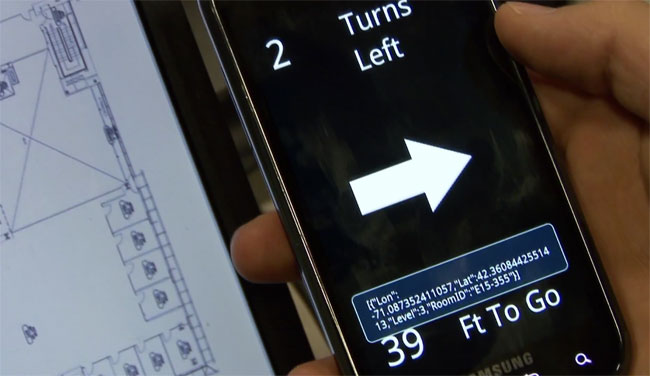 The Guiding Light system is still in the very early stages of development, but as a proof of concept the system works very well. MIT Media Lab Research Assistant Jaewoo Chung explains:

“I wanted to create an augmented reality system that provides guidance without getting your eyes distracted by small screens such as mobile phone screens,” – “I was inspired by the typical use of a flashlight--we hold it in our hands to reveal objects that we illuminate.”

Even though the system is in the early stages of development the applications for such a system are huge. Just imagine the system guiding people around buildings, museums or even large shops and malls.