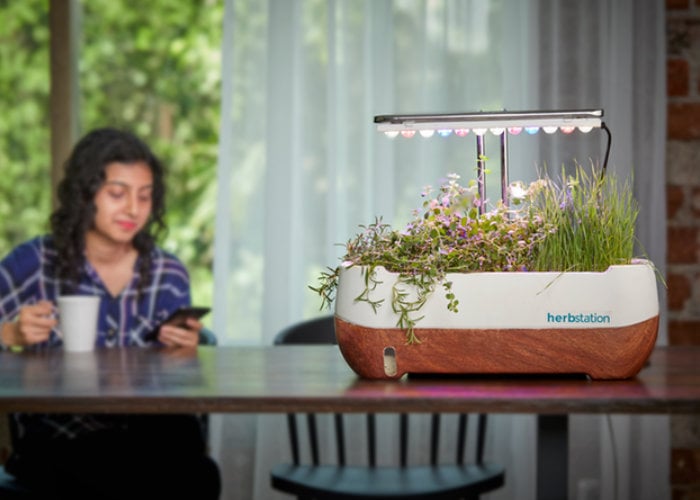 If you live in an apartment or flat without access to a garden, but would still like to be able to grow fresh herbs at home, you may be interested in the Herbstation by Altifarm. A system created to enable indoor gardeners to grow fresh herbs, micro greens and veggies all year long. Watch the demonstration video below to learn more about the Herbstation which is this month launched via Kickstarter with the aim of raising $15,000 to make the jump into production.

“Simplicity and Flexibility – these are the cornerstones of Altifarm/Herbstation principles. We wanted to build a product which anyone could use – be it children or grand parents, and one where they could grow any plant – be it from seeds, saplings or even food scrap – without any complexities and a tall learning curve. No subscription or tie-ins as well, giving you full freedom.”

“We wanted it to fit anywhere – kitchen, basement, living or even schools or workplace, and work around the year. Thus no inline connections, pump or water circulation. If everything is automatized, where’s the fun in gardening? Thus no apps or distractions. However, there’s enough tech to keep plants thriving all around the year, without too much hassle.”

Early bird pledges are available from $179 for the countertop version of the Herbstation and worldwide shipping is expected to take place during October 2019.