If you have a pair of speakers that you would like to upgrade with Apple Airplay support. Griffin has unveiled its new Twenty digital audio amplifier at CES this week, which has been specifically designed to enable users to use speakers to play digital audio from iTunes.

The Griffin Twenty digital audio amplifier connects to an existing set of speakers and wirelessly uses an Airport Express wireless base station, and Apple’s AirPlay wireless audio/video protocol to enable the audio to stream seamlessly. 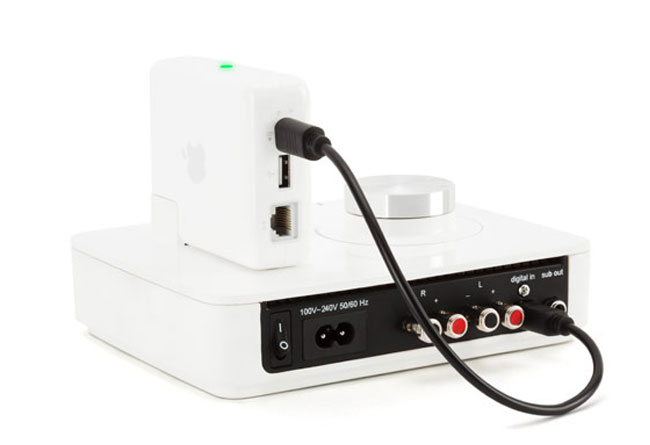 “The result is a zero-configuration audio set-up, streaming Apple Lossless sound from iTunes to the user’s speakers via a low-profile digital amplifier.” says Griffin

Unfortunately no information on pricing or worldwide availability has been released as yet by Griffin. But when anything surfaces we will keep you updated.