If you like the idea of controlling your TV using your smartphone or tablet there are a bunch of options if you use an iOS device. If you are an Android user on the other hand, there isn’t much out there for you. Griffin has announced a new Android only universal remote system called the Beacon for Android. 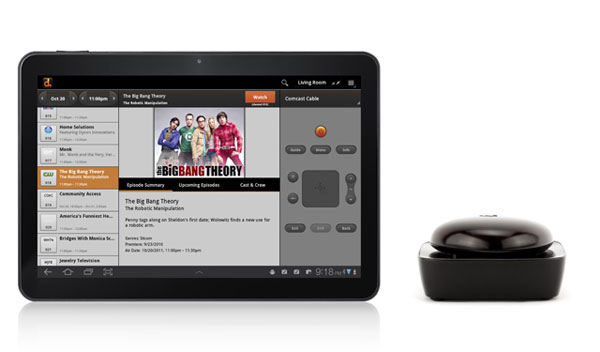 The Beacon system includes a hardware accessory that connects to the Android tablet or smartphone using Bluetooth. That accessory is able to convert the Bluetooth commands from the free Beacon app into IR commands components can understand. The database supports 200,000 different components.

That means your home theater gear is sure to be included. The free app has the ability to control your items and has an integrated guide app. Once installed you can control your TV and other items using a touchscreen interface. The problem with a touchscreen though is you can’t feel the buttons so you have to look down to use the remote each time.