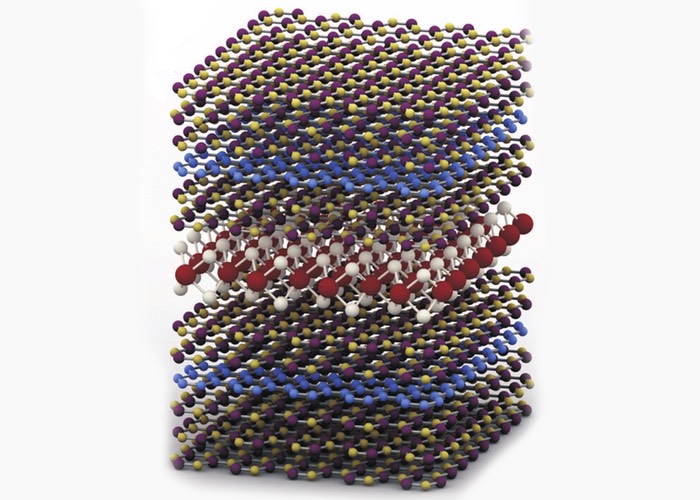 Researchers at the University of Manchester have this week released details of a new graphene based flexible LED display they have engineered. Proving that the 2D ‘designer materials’ can be used to create flexible, see-through displays that can be used in more efficient electronic devices.

The new graphene based flexible LED display builds on the one-atom thick graphene that was first isolated and explored back in 2004 by the University of Manchester.

The latest flexible display was created using a combination of different 2D crystals and emits light from across its whole surface. The revolutionary display measures just a 10-40 atoms thick and the development team hopes that their creation will lead the way to the construction of the first generation of semi-transparent smart devices equipped with flexible displays.

“By building heterostructures – stacked layers of various 2D materials – to create bespoke functionality and introducing quantum wells to control the movement of electrons, new possibilities for graphene based optoelectronics have now been realised.”

Freddie Withers, Royal Academy of Engineering Research Fellow at The University of Manchester, who led the production of the devices, explains :

“As our new type of LED’s only consist of a few atomic layers of 2D materials they are flexible and transparent. We envisage a new generation of optoelectronic devices to stem from this work, from simple transparent lighting and lasers and to more complex applications.”

“By preparing the heterostructures on elastic and transparent substrates, we show that they can provide the basis for flexible and semi-transparent electronics. The range of functionalities for the demonstrated heterostructures is expected to grow further on increasing the number of available 2D crystals and improving their electronic quality.”

For more information on the new flexible displays jump over to the University of Manchester website for details via the link below.