Astronomers from the University of Manchester have announced a very intriguing discovery. The astronomers have announced that they have picked up some mysterious radio signals that emanated approximately 11 billion light years away from the earth. The scientists have so far been unable to determine where these radio signals originated and are currently going over their data. 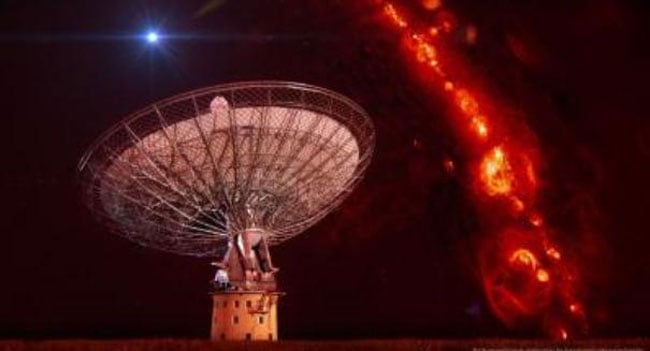 The scientists believe that these astrophysical events are associated with relativistic objects such as neutron stars or black holes. Scientific data so far suggests intensive events releasing huge amounts of energy or having a huge mass as a starting point for the radio bursts. The radio bursts last only a few milliseconds and the most distant one identified by the scientists was approximately 11 billion light years from the Earth. The radio signals were discovered using the CSIRO Parkes 64-meter radio telescope in Australia.

via The Space Reporter