A new trailer has been released today for the highly anticipated upcoming Grand Theft Auto 5 game, the new trailer is the first slice of new footage for over a year, since GTA 5 was first unveiled to the public in November 2011.

The new video shows us a glimpse of the three protagonists you will get to play within GTA 5 and their relationships with each other. Watch the new GTA 5 trailer after the jump to see it in action. 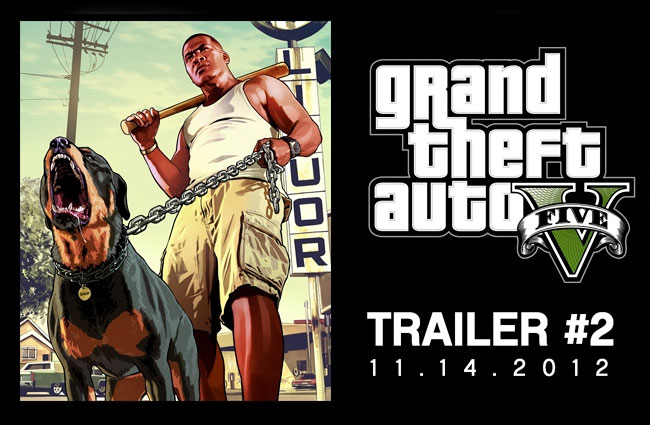 Michael describes Trevor as his best friend and Franklin as “the son he’s never had”. Meanwhile Michael’s actual son looks a bit of a gangster wannabe. Dan Houser explains:

“No one before GTA IV will be in it – the move to HD created a schism in this fictional universe, rendering CJ, Tony and co, as mythical characters from a bygone era. But will we see stories from the previous game looping into this one? “I think that might be too mannered,”.

“Nico had a particular kind of story and we’re trying to make this different. We might allude to things from that world, but we didn’t want it to feel like, well, here’s the opposite of an immigration story – we wanted a fresh take on what it means to be a criminal in this world of hyper-real Americana.”

GTA 5 is officially launching in the spring of 2013 and pre-orders are now available from Amazon, Walmart, Best Buy, GameStop and more.