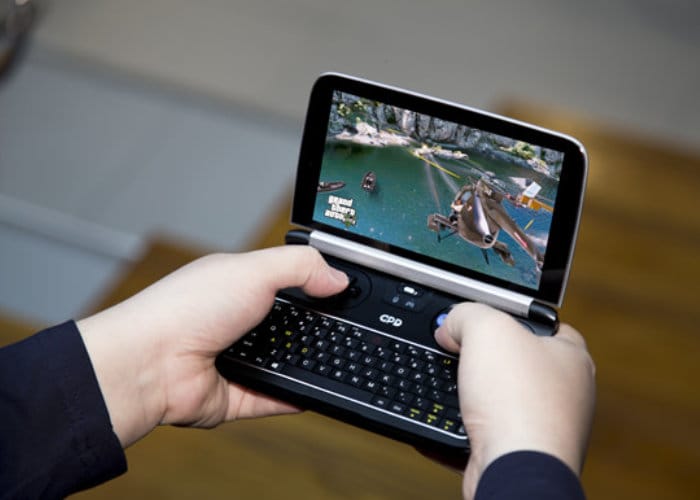 Gamers searching for a portable, powerful handheld games console PC which is capable of playing AAA games, should definitely give the new GPD Win 2 mini laptop further investigation. Designed to replace the original GPD Win 1 the new handheld gaming PC is now equipped with a faster processor, double the RAM and double the storage of the first. Together with a larger six-inch screen protected by Gorilla Glass as well as sporting a Displayport USB-C connection.

Since its launch on Indiegogo earlier this month the GPD Win 2 mini laptop has raised more than $1.2 million for the development team based in Shenzhen, China thanks to over 1,974 backers. The project still has two months remaining on its timeline and the team only required $100,000 to take the new handheld games console into production. Watch the video below to compare both the original and the new GPD Win 2 mini laptop systems and learn more about the new features you can expect to enjoy in the latest edition.

Hardware specifications for the GPD Win 2 mini laptop which measures just 162 × 99 × 25mm include an Intel Core m3-7Y30 processor supported by lntel HD Graphics 615 chip and 8GB Memory with internal storage taking the. Form of M.2 SSD 128GB. The mini PC system is powered by two rechargeable 4900mAh batteries in series which are capable of providing over six hours of life from a single charge and when flat can be recharged using the fast charge technology to half full in just 45 minutes.

For full specifications and more details jump over to the official Indiegogo crowdfunding campaign page by following the link below. The GPD Win 2 mini laptop is available to back with pledges starting from $649 and delivery expected to take place during May 2018.