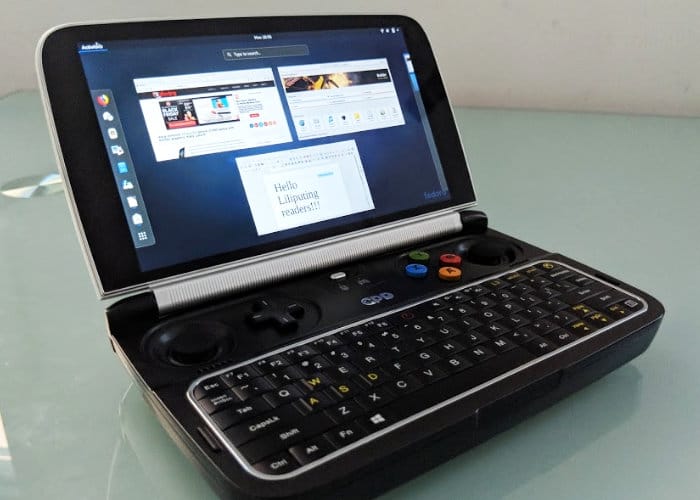 Brad Linder over on the Liliputing website has been publishing some early hands-on reviews of the powerful GPD Win 2 handheld computer gaming system, which is now available to back via Indiegogo and has raised more than $1.6 million during its crowdfunding campaign. As well as running the latest Microsoft Windows 10 operating system, which the PC ships with. The pocket GPD Win 2 computer is also capable of running other operating systems such as Linux. Check out the video below during which Brad runs Linux Fedora 27, Ubuntu 17.10, Linux Mint, Debian 9.03 and others on the mini PC system.

The pocket PC system has been designed to be able to provide enough power to play AAA games and builds upon the first GPD Win system, now providing higher performance and a larger screen together with a wealth of other features. Brad discovered that the following issues with the various Linux operating systems:

For more information on the hands-on review on running Linux on the GPD Win 2 system jump over to the official Liliputing website by following the link below.