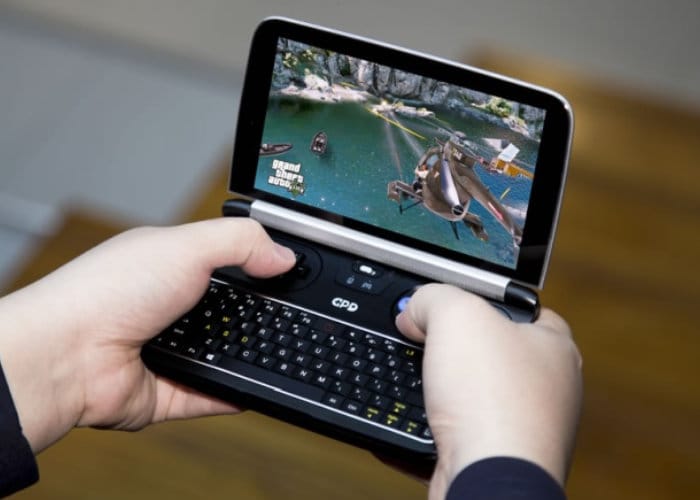 Hardware manufacturers GPD responsible for launching the GPD Win pocket-sized gaming laptop last year have once again taken to Indiegogo to launch their second generation pocket-sized computer the GPD Win 2. Equipped with a 6 inch H-IPS display offering a resolution of 720p And providing gamers with enough power to play PC games such as Grand Theft Auto V at 38 frames per second on maximum settings. 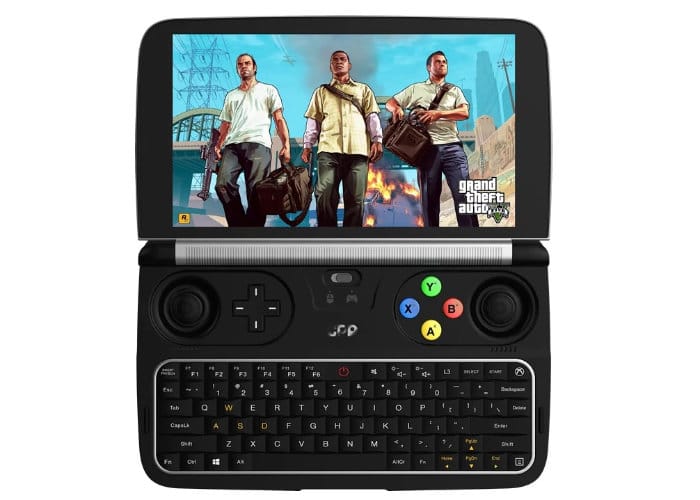 Internally the pocket gaming laptop is powered by an Intel Core m3-7Y30 processor supported by lntel HD Graphics 615 and 8GB of RAM and measures just 162 × 99 × 25mm in size. As you can see from the images the gaming handheld hardware is equipped with a QWERTY keyboard, right and left joysticks as well as gaming buttons and left hand thumbpad. Internally the mini laptop is fitted with 2 × 4900mAh rechargeable batteries, capable of providing enough power for 6 to 8 hours of gaming on a single charge. 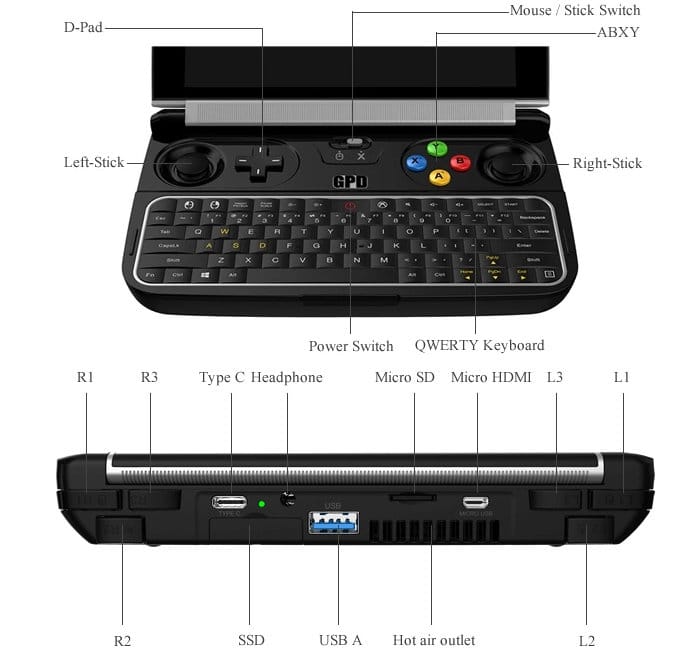 The developing team behind the latest GPD Win 2 miniature gaming laptop explain that the system is powerful enough to play, Heroes of the Storm @ 60fps, a team battle at 38fps, with an average of 49fps or Overwatch at a stable 50-70fps during matches, with an average of 83fps, DOTA2 at maximum settings at 70fps and play the Elder Scrolls 5, Skyrim game at an average of 53 frames per second.

The GPD Win 2 miniature gaming laptop is now available to back via Indiegogo with earlybird pledges starting from $649 and shipping expected to take place during May 2018. For more information and full specifications jump over to the official campaign page by following the link below.