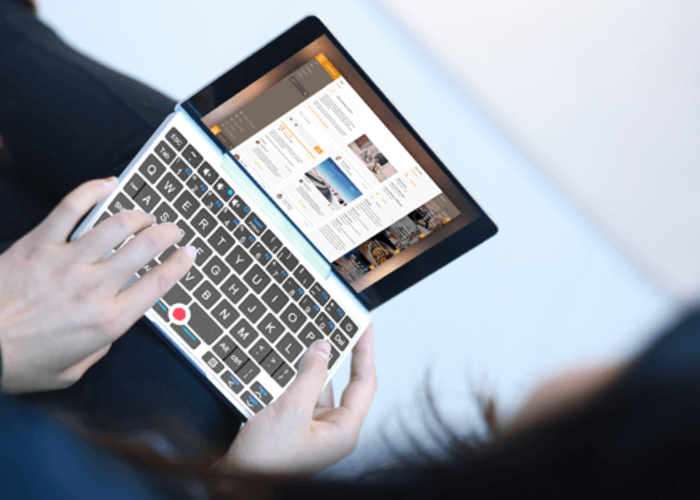 After raising over $1 million in just its first week the GPD Pocket laptop Indiegogo campaign is showing no signs of slowing and has now passed $2.1 million in funding with still over a month left on the campaign timeline.

To recap the GPS Pocket laptop takes the form of a 7-inch PC that fits in your pocket and is equipped with 8GB RAM and 128GB ROM.

Most successful businessman own a Macbook or Surface.Because they have fashionable appearance and also light and thin, but the drawback is not easily moved.We believe that the future notebook will be thin,but also small. GDP Pocket is such a product, it’s not only has luxuriant appearance like Macbook, but also super light and very small, It can be taken away at any time like a mobile phone in your pocket.

Jump over to the Indiegogo via the link below to learn more about this pocket -sized laptop which is taking the crowdfunding website by storm. If all goes well the pocket laptops are expected to start shipping to backers during June 2017.