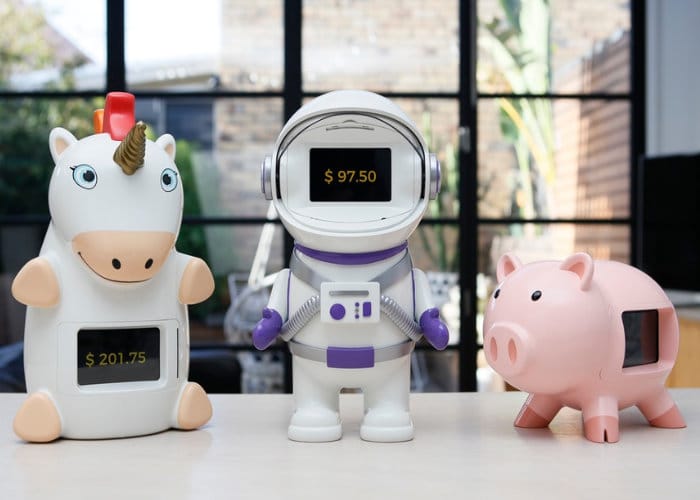 GoSave has developed a new range of smart piggy banks designed specially for children to learn more about saving and the value of money. The new next-generation piggy banks including wealth of new enhancements as well as a companion smartphone application that enables parents to monitor, update and even set rewards, tasks or payments directly from their mobile phone.

Watch the demonstration video below to learn more about the GoSave smart piggy banks which are now available to back via Kickstarter with early bird pledges available from AU$79 or roughly £43. If the Kickstarter campaign is successful worldwide shipping is expected to take place during October 2018.

Features of the smart piggy banks include the ability to see your savings instantly, receive rewards, reach goals, receive payments for chores and most of all enjoy saving and learning about money. “GoSavers are smart piggy banks with an intuitive touch screen and an iOS and Android application that help you teach your child about savings, rewards, goals, chores and financial literacy.”

“Financial experts agree that the younger we teach kids about saving the better, with some reports saying children’s financial habits for life are formed as young as 7. There are a lot of reasons we don’t save enough and it is a complex area of study but one of the simple reasons is that we don’t make it a habit. We believe that making the process of earning and saving fun and tangible encourages children (and us as parents) to keep savings top of mind and form a regular savings habit early in a child’s life.”

Jump over to Kickstarter for more details and all available pledges.