Ok, so this gorilla isn’t really getting ready for a Donkey Kong tournament. Honestly though, can you see a gorilla with a Nintendo DS in hand and not think Donkey Kong? The gorilla came by his red DS after a visitor dropped it into his habitat.

The gorilla lives at the San Francisco zoo. It’s interesting to me that the gorilla immediately knew how to hold the DS, even if it was off and he couldn’t figure out how to get it to work. He tried though flipping it around a few times. 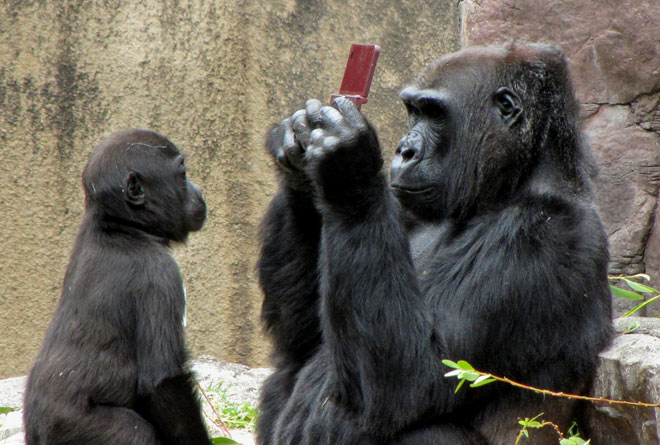 I really like it when the little gorilla tried to take the DS form the big one. The big gorilla resorted to the classic lift it out of little brother’s reach that any big brother is familiar with. Ultimately, the kid who dropped the DS in the enclosure got his console back after the trainer traded the gorilla an apple for it. The thing still worked it seems and had a nice gorilla slobber sheen to show for its ordeal. Check out the other photos of the gorilla here along with a short video.