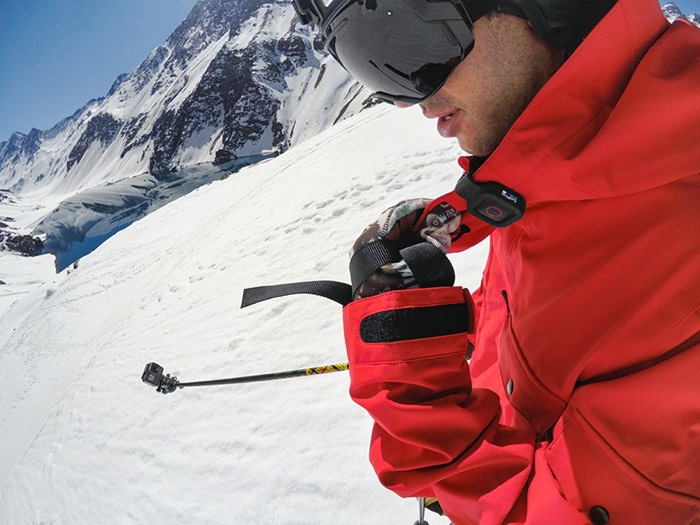 GoPro has announced a new accessory for its range of HERO5 cameras, the GoPro Remo which is a voice control remote that can be used to control compatible GoPro cameras.

The GoPro Remo works with GoPro’s latest cameras, this included the Hero5 Black and the Hero Session, both can be controlled with voice commands.

Talking to your GoPro just got easier with Remo – a waterproof, voice-activated remote that extends the voice control range of HERO5 cameras. Available now at GoPro.com and at retailers around the globe, Remo understands 10 languages and can hear you in windy and noisy environments, so your HERO5 is ready for action whenever – and wherever – you are.

Easy-to-remember commands let you start-and-stop recording, snap photos, switch between capture modes and more from up to 33ft (10m) away. If you’re feeling less chatty, Remo can also be used as a one-button remote.

You can find out more details about the GoPro Remo voice remote over at GoPro at the link below, the device is now available for $79.99.