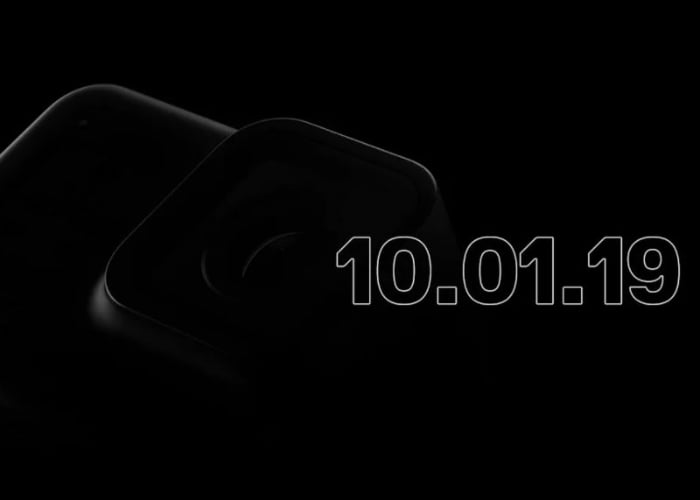 Action camera manufacturer GoPro over the weekend has confirmed an official reveal date for the highly anticipated launch of the new GoPro Hero 8 Black action camera. Via the official Twitter account GoPro has announced a press event will be taking place in a few days time on October 1st, 2019, and will be live streamed via YouTube.

Unfortunately GoPro didn’t reveal any specifications for the new range of action cameras, although rumours are suggesting that the new Hero 8 Black will be capable of capturing 4K video up to 120fps and 1080p Full HD video at up to 480fps. Check out the teaser below to learn a little more about what you can expect from the GoPro October 1st, 2019 event.

During GoPro’s Q1 earnings call back in May 2019 CEO Nick Woodman announced in his statement : “I’m happy to share that we’re planning an exciting refreshed lineup at all price points in Q4”. As soon as more details are announced by GoPro for the new GoPro Hero 8 Black camera we will keep you up to speed as always.