Makers and developers that enjoy building projects using the Raspberry Pi mini PC might be interested in a new Raspberry Pi powered robot called the GoPiGo.

The GoPiGo is a complete robot package for the $35 Raspberry Pi mini computer and comes supplied with everything you need to get your Raspberry Pi transformed into a robot. Including a robot body, motors, controls, and a robust power supply. Watch the video after the jump to learn more. 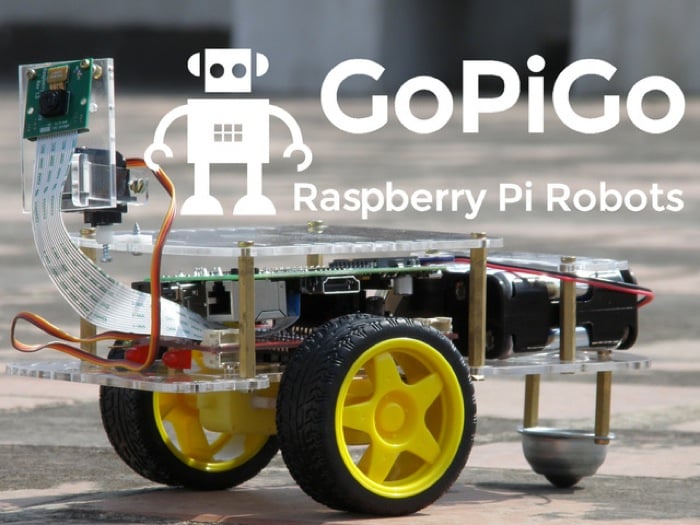 “With so many programming languages and USB accessories available for the Pi, you can turn your GoPiGo into anything from a WiFi controlled robot for exploring the scary spaces behind the couch to an autonomous rocket launching office enforcer. With the Raspberry Pi acting as the brains of the robot, the possibilities are infinite.

The kit can be assembled with a screwdriver.  Each GoPiGo will ship with an 8XAA battery pack and connector as a power source.  The GoPiGo can be programmed directly from your desktop, over a wireless network, or through a USB stick.

At less than $100, we think it’s a steal. Most comparable robot kits cost upwards of $150 and deliver a fraction of the capabilities and potential.  The GoPiGo packs a full Linux computer, USB and camera expansion, and of course, a robot, all for less than $100.”