The Banana Pi Is equipped with a 1GHz Allwinner A20 dual-core ARM Cortex-A7 processor supported by 1 GB of memory, double that of the Raspberry Pi. 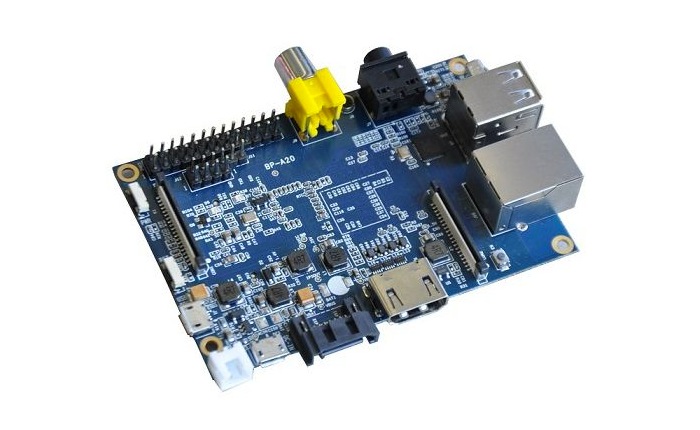 Other features of the Banana Pi mini PC include HDMI and composite video jacks together with a SD card slot and 3.5 mm audio jack with a built-in microphone for use with your projects.

Connectivity is provided via a Gigabit Ethernet port and 2 x USB 2.0 ports as well as a micro USB port for power. Raspberry Pi compatible headers including a 26-pin header, camera connector are also available, together with an IR receiver and more. 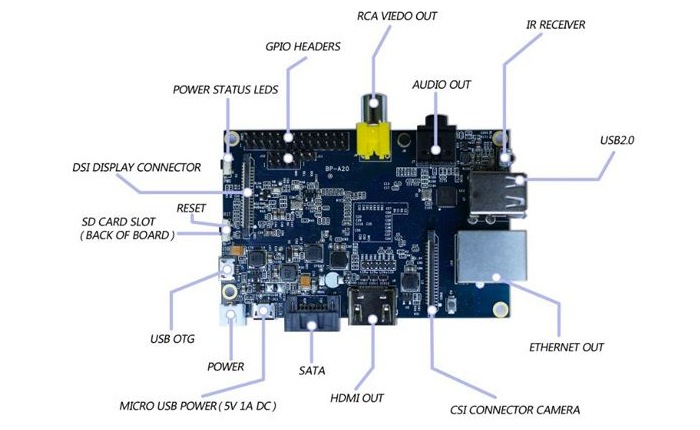 For more information on the new Banana Pi development board jump over to the official Banana Pi website for details, and it also allows you to move your Raspberry Pi projects or modules to Banana Pi with ease if you need a little extra power. For more details on Raspberry Pi displays and HATS jump over to our essential guide.