The photo below was taken by Thomas Hawk, and as you can see it features Robert Scoble, who spoke to Sergey Brin about the glasses and he confirmed that he was wearing a prototype device. 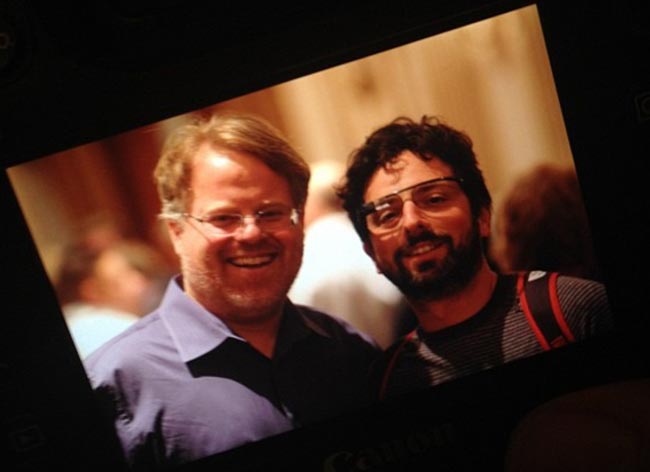 He quickly told me it is a prototype. I saw a bluish light flashing off of his right eyeball. I could only guess that my Google+ profile flashed up, or maybe some PR voice said “stay quiet” or something like that.

But the glasses are real. Very light looking. Most of the people around us had no idea that these glasses are pretty special

We still don’t have any details on when Google intend to launch their augmented reality glasses, as soon as we get some more information we will let you guys know.