Today Google has confirmed its real birthday date after speculation over the past year as to the exact day of Google birthday.

Google itself had been a little uncertain sometimes celebrating its birthday on the 7th September and the google.com domain was registered on 15th September 1997 and was was incorporated on September 4, 1998. 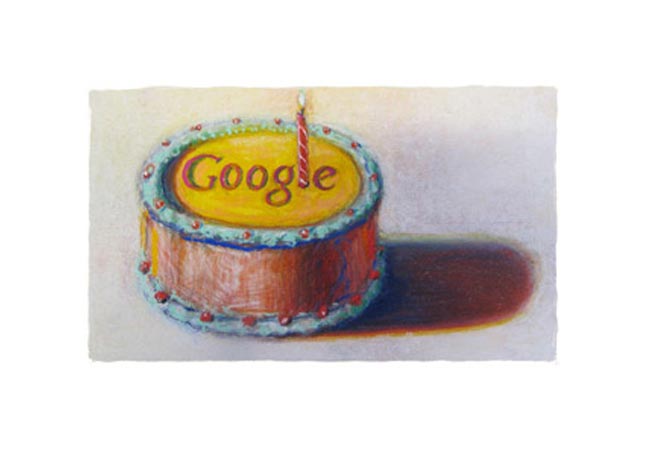 To mark the occasion Google has replaced its homepage logo with a painting of a cake by the American painter Wayne Thiebaud now 89. Famous for his association with the pop art movement and his cake and other everyday object paintings.