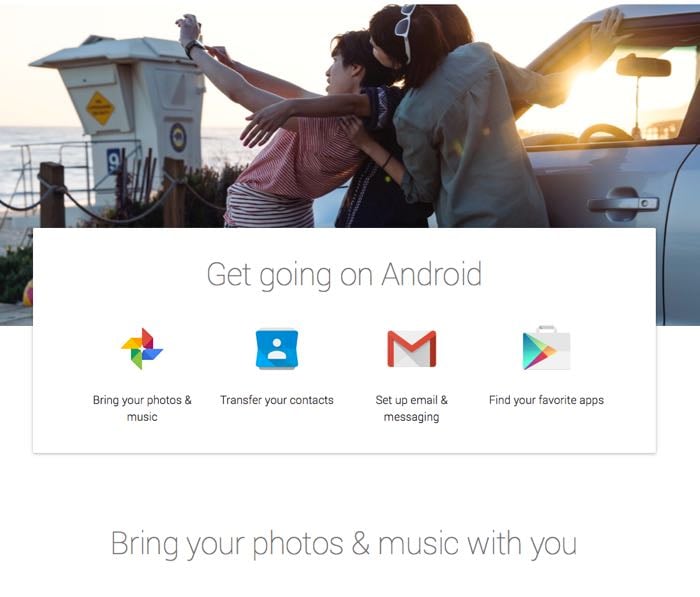 Google recently announced the latest version of their mobile OS, Android 5.0 Lollipop, and now Google is looking to get users of Apple’s devices to switch from iOS to Android.

Google has released a new guide on how to switch from iOS to Android, and Google will show you how to migrate your photos, music, contacts, and setup your email and more.

Google has split the guide on how to switch from iOS to Android into four different sections, one for photos, contacts, email, and also your apps.

The company is obviously hoping that the upcoming release of Android Lollipop will encourage some users to make the switch, you can find out more details on the Google guide to switch from iOS to Android over at Google at the link below.