A new Google Voice Mobile + app has been submitted to the Apple iTunes App store in an attempt to persuade Apple to changed their views on Google voice applications.

Just over a year ago Apple removed all GoogleVoice apps from the iTunes store saying that the apps duplicated the functionality of the iPhone. 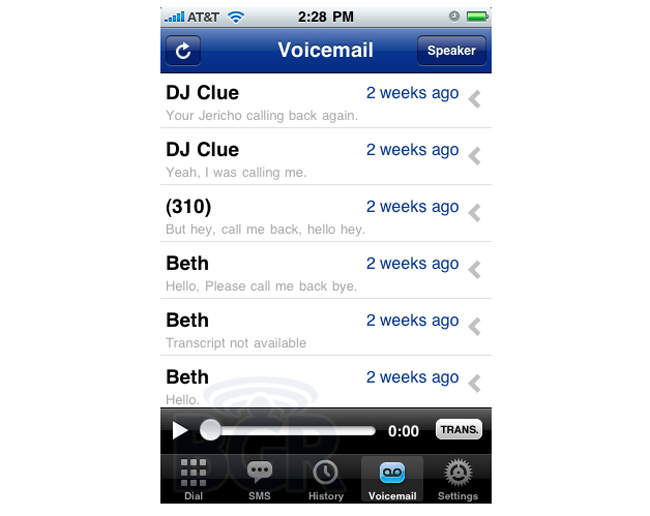 There has been speculation ever since the remove as to the real reason the Google apps were pulled, but now with the new developer guidelines in place there maybe a chance the new GV Mobile + app might makes it way back into the store.

BGR has been talking to the Sean Kovacs of Google Voice who is now in regular communication with Apple regards the Google Voice app. As the app was deleted last time and app names can’t be used twice, the new version (if added)  will be called GV Mobile +.

Around a week after the hopeful release, there will be a “free day” that will allow previous customers to download the app again for free, but there won’t be an update to the older version.