Google has announced that its Google Voice service is now available with mobile carrier Sprint in the US, and you now have two different way to bring Google Voice to your Sprint smartphone.

You can either keep you Sprint mobile phone number, and then you Sprint phone number becomes you Google Voice number and it can be used with any of your phones. 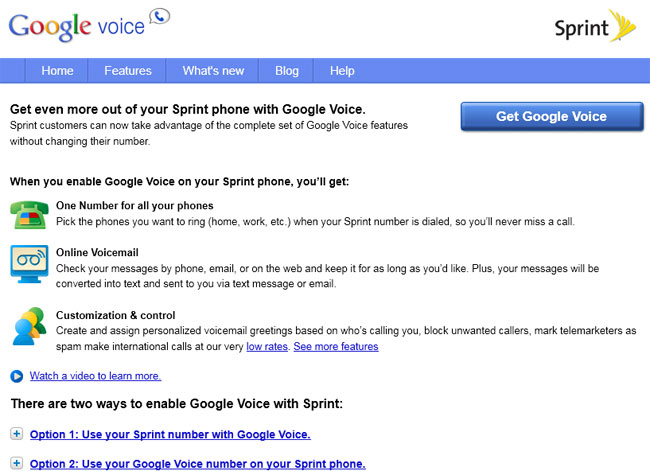 In both cases, Google Voice replaces Sprint voicemail and international calls made from the Sprint phone will be connected by Google Voice.

You can find out more details about Google Voice for Sprint over at the Google Mobile Blog.