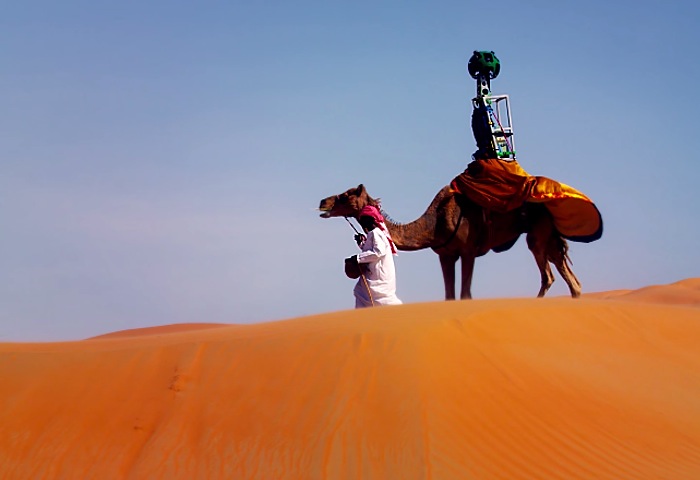 This month Google has announced the release of new Google Street View photographs that it has captured and added to its mapping service, allowing users to travel through the Arabian desert of Liwa.

The new images of the Liwa Desert can now be explored over on the Google Street View website, allowing users to experience what the travellers of the deserts have been doing for thousands of years, says Google.

“The Liwa Desert or Liwa Oasis is a large oasis area in Abu Dhabi, United Arab Emirates. Liwa is about 100 km south of the Persian Gulf coast and 150 km south west of the city of Abu Dhabi in the Al Gharbia (Western) Region, on the northern edge of Rub’ al Khali desert. It is centered around 23°08′N 53°46′E and stretches about 100 km east-west, along an arch curved to the north.”

For more information on the new Liwa Desert Google Street View photographs jump over to the Street View website for details and watch the video below.