The Google Street View car went up against a Mercedes Benz SLS AMG Black, driven by The Stig, have a look at the video below. 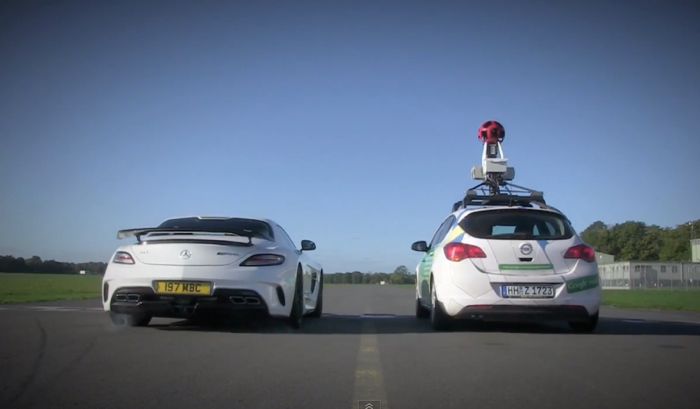 Duncan Gray, Top Gear’s Commercial Director, BBC Worldwide said:  “From anywhere on the planet, Top Gear’s millions of followers can now explore the official track from the show with some spectacular shots, thanks to Google Street View technology.  We did have to tell The Stig to slow down a couple of times though.”

Ulf Spitzer, Street View Program Manager, Google commented:  “At Google, we’re used to life in the fast lane, so we were thrilled to ride alongside the infamous Stig and capture imagery of what has become a British — and indeed global — institution for automobile fans.”

You can now check out the Top Gear test track on Google Maps at the link below.