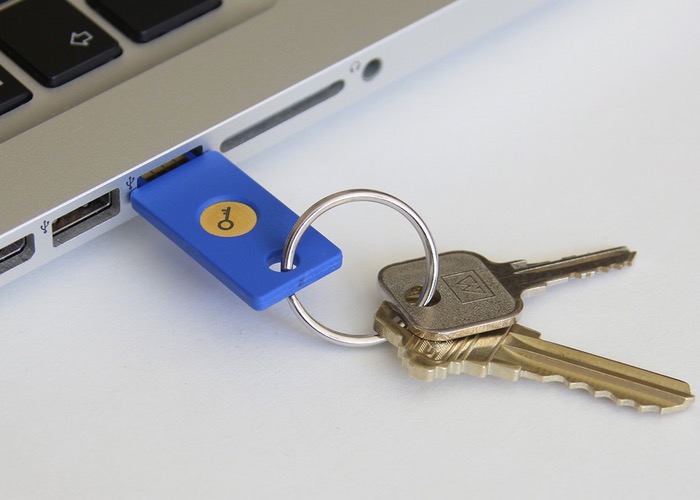 In addition to the 2-Step Verification Google has today announced even stronger protection for security sensitive individuals in the form of the Google USB Security Key.

Google users can strengthen the security of their accounts on top of the already implemented 2-Step Verification, that once implemented asks for a verification code from your phone in addition to your password by using the new Security Key.

The Google USB Security Key is a physical USB second factor security device, that only works after verifying the login site is truly a Google website, not a third party fake site that has been created to pretend to be Google. To be able to use the Security Key, users require a computer running Google Chrome version 38 or newer on ChromeOS, Windows, Mac OS, or Linux. Google explains :

“Rather than typing a code, just insert Security Key into your computer’s USB port and tap it when prompted in Chrome. When you sign into your Google Account using Chrome and Security Key, you can be sure that the cryptographic signature cannot be phished.

Security Key and Chrome incorporate the open Universal 2nd Factor (U2F) protocol from the FIDO Alliance, so other websites with account login systems can get FIDO U2F working in Chrome today. It’s our hope that other browsers will add FIDO U2F support, too. As more sites and browsers come onboard, security-sensitive users can carry a single Security Key that works everywhere FIDO U2F is supported.

Security Key works with Google Accounts at no charge, but you’ll need to buy a compatible USB device directly from a U2F participating vendor.”