Google has updated their Gmail email application for Apple’s iOS devices, and the update brings a number of bug fixes to the app, as well as a couple of new features.

The latest version of Google’s Gmail app is version 1.3 and it is compatible with the iPhone, iPad and iPod Touch which are running iOS 4.0 and above. 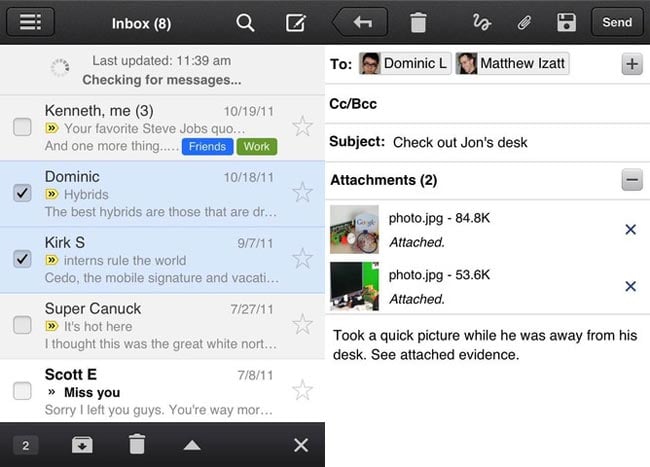 The new Gmail app for iOS features smoother animation and scrolling when using the app on the iPhone and iPod Touch, you can now also save photo attachments from emails direct to your photo library on your device.

You can find out more details on the latest version of the Gmail app for Apple’s iOS devices over at the iTunes App Store.