Google has announced that they have updated Google+ with some new features and have also updated their Google+ application for Android, the update now syncs notifications across all of your devices. 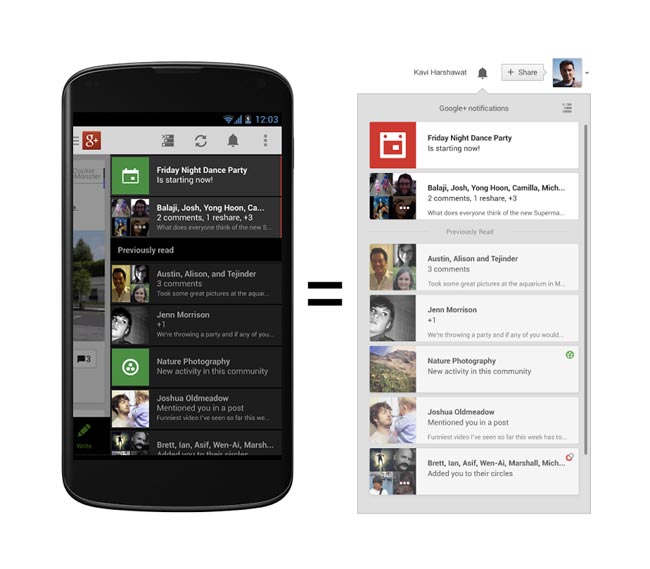 Starting today, Google+ notifications are much easier to use across mobile and desktop. In particular:

– When you read a notification on one device, we’ll mark it as read on your other devices
– Likewise: dismissing a notification (with a swipe or a click) does so everywhere, so you can say goodbye to annoying repeats

We’ve also updated the look and feel of Google+ notifications, including:

– A new bell icon (in the Google Bar, and in the mobile apps) that lets you know if anything’s waiting for you
– An updated notifications tray that separates unread from previously-read items

We’re rolling out these notifications improvements gradually — first on Android and the web, then on iOS. In the meantime, we’re also releasing a new Android app that incorporates a lot of your feedback.

On top of that Google has also made a couple of other changes, which include the ability to delete photos from the Photos View and more, you can find out more information over at Google+.