At MWC today Eric Schmidt has confirmed that Google is currently working on a video editing app called Android Movie Studio. Which will be available for all Android tablets running Android 3.0 Honeycomb, and first demonstrations of the app look promising.

The new Android video editing application contains all the standard features you would expect including, transitions, audio import, splicing, A/V timeline, and multi-format export and sharing options. Android Movie Studio has been created and designed exclusively by Google and is aimed at its largest current competitor, iMovie. 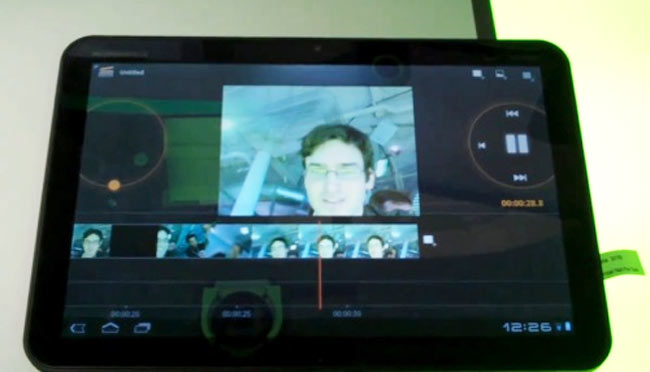 Other features include a YouTube integration feature making it easy to editing and upload videos. A first glimpse of the new app was shown on a TechCrunch video showing a quick hands on with Motorola’s Xoom tablet. Below.  Have a look and our article on Android vs iPhone to see which smartphone and mobile platform is best for you.