Google has this week rolled out a new update to its Google Translate iOS application which brings with it new alpha languages: Bengali, Gujarati, Kannada, Tamil and Telugu. Bringing the total number of languages support by the iPhone app to 63. With voice input supported by 17 of those languages, and text-to-speech supported in 24 languages. 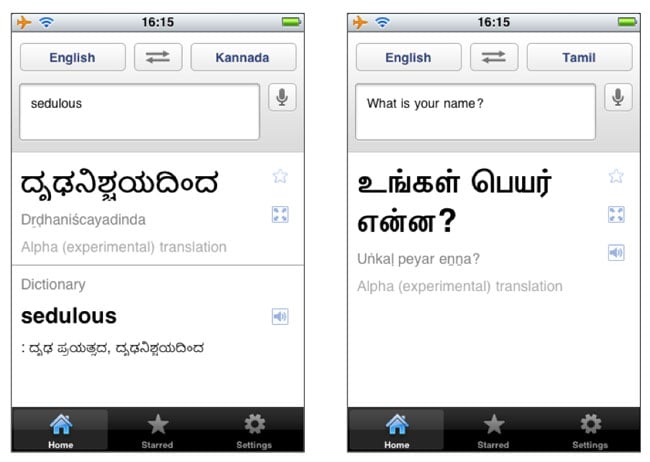 The updated app supports the ability to view dictionary results for single words and to display romanizations for these new Indic languages. So even if you can’t read the script the words are written in, you can still take a shot at reading the translation.

You can download the the latest version of the Google Translate for iPhone app from Apple’s App Store now.