One of the main new features in Google Translate for Android is image translation, you can now take a picture with your devices camera and it will translate the text, this feature only works with devices running Android 2.3 Gingerbread and above. 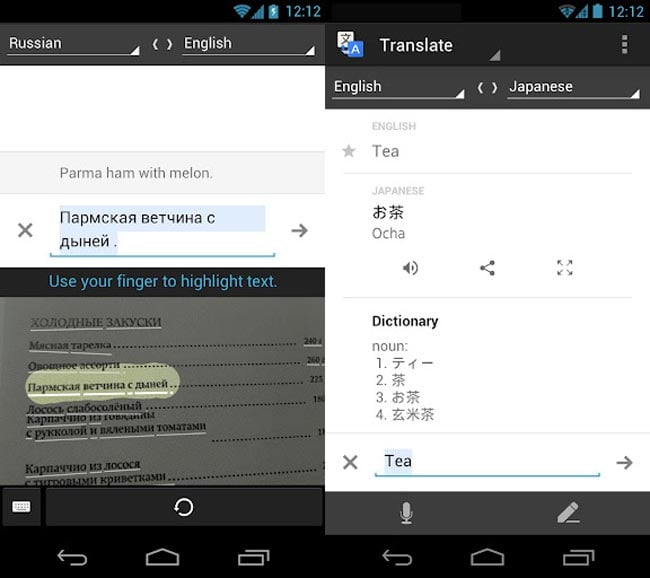 You can see a list the new feature in Google Translate for Android below.

Use camera to take a picture and brush text to translate (available on Android 2.3 and above).
Get instant translation results as you type.
Choose dialect preference for speech input.
Japanese handwriting now recognizes multiple characters at once.
Added access network state permission to check network availability when sending requests.

Google Translate for Android is available as a free download, you can find out more details over at the Google Play Store.