Google has launched a version of their Reader App for Android, which means Android users no longer have to use the web based version of the application which was previously the only option to get Google Reader on your Android device.

Google Reader for Android supports all of the features in Google reader, including unread counts, sharing, staring, friends, liking, and it also has support for multiple accounts. 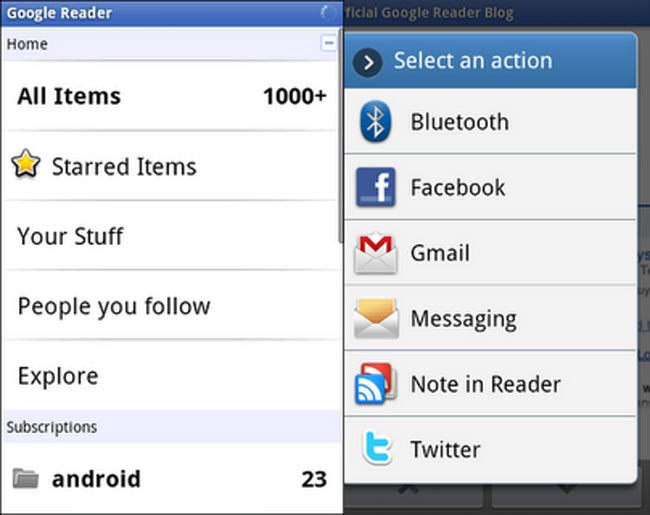 Other features include the ability to subscribe to feeds from your Android device, and also change your syncing preferences. The Google reader App is now available from the Android Market for free.