Google has this month changed the way’s its Google Play Store review system integrates with its Google+ social networking service, after rolling out the latest Play Store apk.

Google has now enabled the Google+ social network and Google Place store review links, tying reviews made by users to their Google+ account. 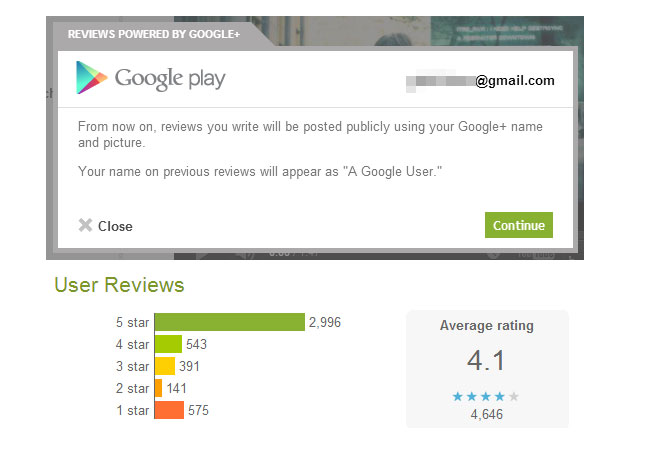 There is sure to be some backlash against the new update which Google has rolled out, but it could help stop bogus reviews of applications and products which are sometimes used to try to promote applications.

You can check out the new review system by visiting the Google Play Store while signed in to your Google+ account to see the new notification identifying that the service is now live.