We have been hearing lots of rumors about the new Google Pixel 3a smartphone and now the handset has been confirmed by Google.

The device was recently listed on the Google Store, this can be seen in the picture below, there was also a Pixel 3a case listed along with the handset. 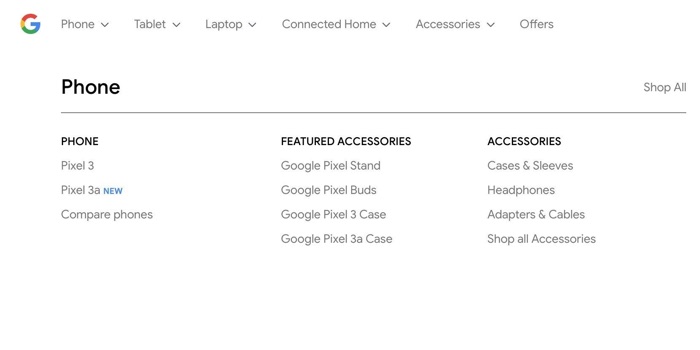 There will be two versions of the handset, the Pixel 3a and Pixel 3a XL and the handsets will get a number of upgrades over the pixel 3 devices.

The Pixel 3a is rumored to come with a 5.6 inch OLED display that will have a FHD+ resolution of 2220 x 1080 pixels. The handset will be powered by a Qualcomm Snapdragon 670 and will come with 4GB of RAM, as 12 megapixel camera and a 3000 mAh battery.

The larger Pixel 3a XL is will come with a 6 inch display with a FHD+ resolution of 2160 x 1080 pixels, the handset will also come with 64GB of storage.

As yet there are no details on when the new Google Pixel 3a and Pixel 3a XL smartphones will launch, as soon as we get some more details, we will let you guys know.