Google recently tried to acquire Groupon, and Groupon reportedly turned down a massive $6 billion offer from Google, now it seems that Google is looking to take on Groupon with their own deals service which is reported to be called Google Offers. 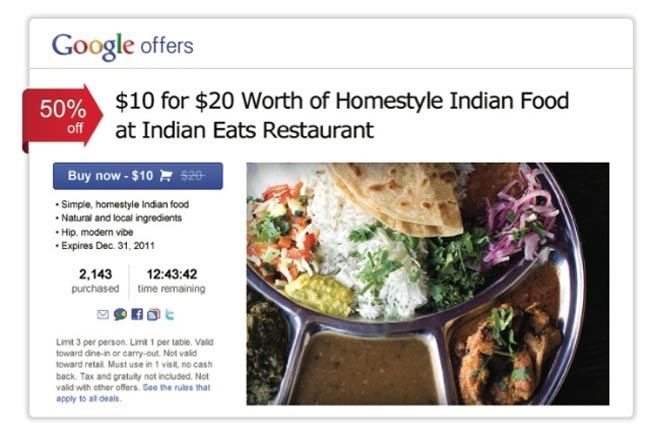 It seems that Google is already in talks with a number of merchant aboutt offering deals, and mechants will receive 80 percent of the revenue whilst Google will keep 20 percent, you can see what they told Mashable below.

“Google is communicating with small businesses to enlist their support and participation in a test of a pre-paid offers/vouchers program. This initiative is part of an ongoing effort at Google to make new products, such as the recent Offer Ads beta, that connect businesses with customers in new ways. We do not have more details to share at this time, but will keep you posted.”

Whether Google Offers will be able to compete with Groupon remains to be seen, Groupon is already widely established and already making a fair amount of cash, although Google does have a massive amount of users to market the new service too.