Back at the beginning of September we reported on the new secure encryption web searches which Google had launched in beta version as an option for people to use to conduct secure web searches.

Google has now removed the beta tag on its service and has started to roll out SSL (secure socket layer) encryption across in search engine by default for users that are logged into to their Google accounts. SSL technology encrypts web traffic to ensure user information and accounts are protected against hijacking, and is especially useful when using unsecured Wi-Fi networks. 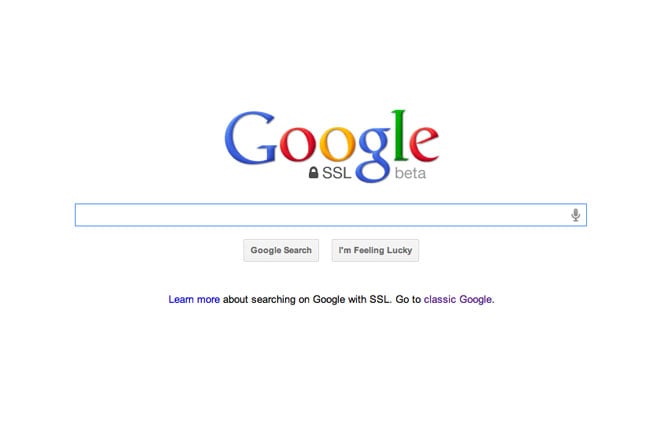 Google originally started testing encrypted web searches back in May 2011, but until now it has always been an optional choice which uses needed to make. The news that Google will be offering encryption service as a default is likely to help many users that were unaware of the security risks associated with connecting to unsecured networks.

The new Google encrypted search feature will now be the default option for any Google users that are signed in.