We have been hearing more and more about Google’s rumored Nexus tablet over the last few weeks, and now a new Google device which is reported to be their new Nexus android tablet has appeared in some benchmarks, it looks like it will be made by Asus as we heard previously.

The Google Nexus Tablet is expected to feature a 7 inch touchscreen display with a resolution of 1280 x 720 pixels, and processing will apparently be provided by a quad core NVIDIA Tegra 3 processor with a clock speed of 1.3GHz. 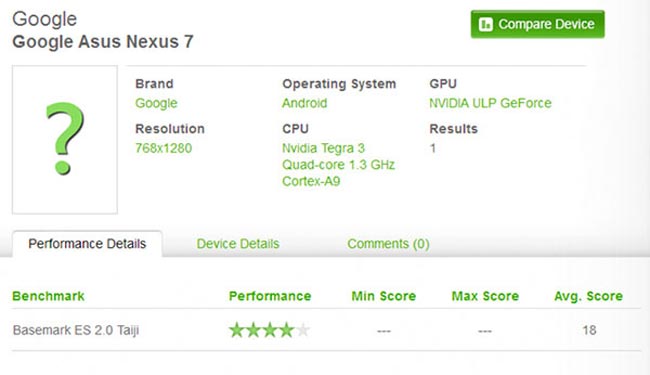 The Nexus Tablet is expected to come with a new version of Google’s mobile OS, Android 5.0 Ice Cream Sandwich and is rumored to go on sale some time within the next couple of months.