We have been hearing about the follow up to the Google Nexus One smartphone for some time, last week the new Google branded smartphone was confirmed by Google’s CEO Eric Schmidt.

Now the Google Nexus S has turned up again in some photos from the guys over at the XDA Developers, and this time we also get some information on the specifications on the new Google Nexus S. 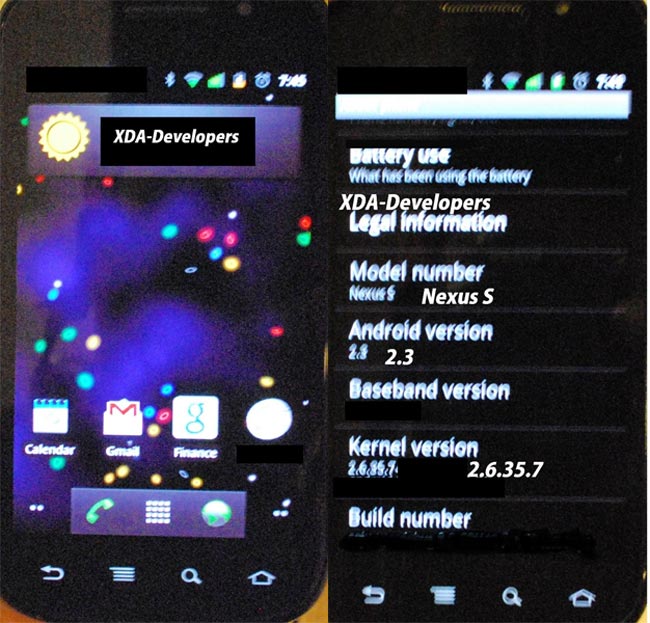 According to the guys over at the XDA Developers, the Google Nexus S will come with Android 2.3 Gingerbread, it will also feature a HD capable camera that can record video in 720p.

Processing is believed to come from an ArmV7 processor, possibly dual core, it will also offer support for Open GL ES, and will probably come with 512MB of RAM and either 1GB or 2GB of internal memory.

The screen is reported to be a 4 inch display, possibly a Super AMOLED 2 display, this is something that we have heard previously, and it looks like the display will feature a resolution of 800 x 480 pixels.