Only a  few days ago I wrote about the last shipment of Nexus One smart phones reaching Google. Well they have now officially all been sold. So if you weren’t quick enough when you visit the Google site all thats left is sign saying there are now more available. Google Nexus One Officially Sold Out 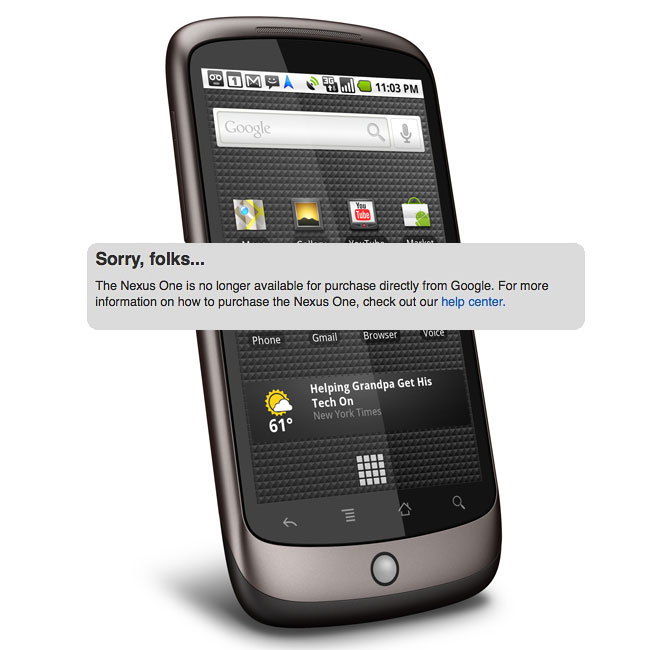 Starting as an online experiment by Google to see is a smartphone could be sold direct to consumers online has officially finished. With sales never reaching the target expected by Google.

Even though Andy Rubin, Google’s vice president in charge of Android, denied sales were the problem in an interview with the Wall Street Journal. Saying Google had broken even on the Nexus One.

“The bottom line is people like to look at phones in the store. Google has a lot to learn about phone sales, this is one lesson they learned,” said Ken Dulaney, an analyst at Gartner.

But dont worry just yet the  Nexus One will continue to be sold through Vodafone in Europe, KT in Korea and a few others worldwide. Have a look and our article on Android vs iPhone to see which smartphone and mobile platform is best for you.
Via Into Mobile