The new Google Nexus 5 launched last week, the handset is the first device to come with Android 4.4 Kit Kat, and now the guys from Pocket Now have put together a video comparing the Google Nexus 5 vs HTC One. 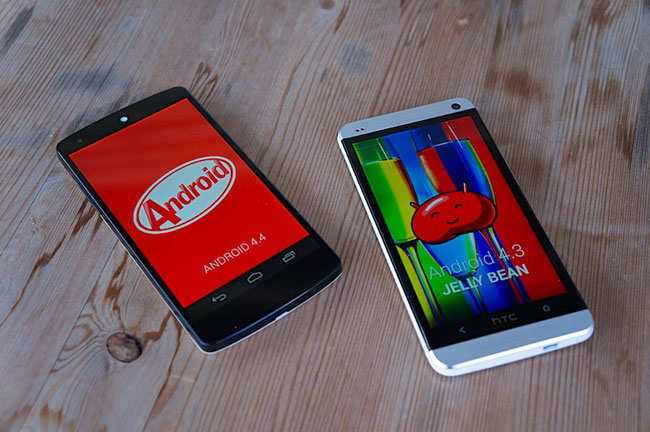 Both devices feature different cameras, the HTC One has a HTC Ultrapixel camera, where as the Google Nexus 5 features an 8 megapixel camera with optical image stabilization.

The HTC One and the Google Nexus 5 both feature 2GB of RAM, the Nexus 5 comes with a choice of either 16GB or 32GB of storage, and the HTC One has a choice of 32GB or 64GB or storage.

The Google Nexus 5 was released last week, the HTC One has been available for a while, and HTC are rumored to be working on the second generation HTC One, the device has the codename HTC M8 at the moment.

Head on over to Pocket Now at the link below to see what they though about the HTC One and the Google Nexus 5.