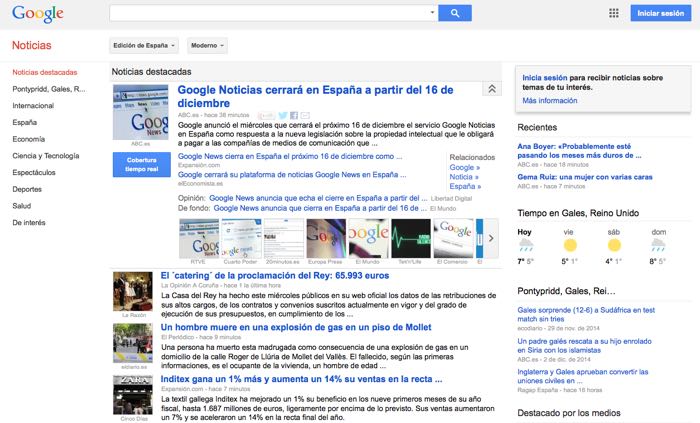 Google has announced that their Google News service will shut down in Spain on the 16th of December, the company has be forced to shut the service down because of new laws relating to publishing in Spain.

The new law in Spain will mean that publishers will have to charge services like Google News for showing their content, you can see the explanation from Google below.

But sadly, as a result of a new Spanish law, we’ll shortly have to close Google News in Spain. Let me explain why. This new legislation requires every Spanish publication to charge services like Google News for showing even the smallest snippet from their publications, whether they want to or not. As Google News itself makes no money (we do not show any advertising on the site) this new approach is simply not sustainable. So it’s with real sadness that on 16 December (before the new law comes into effect in January) we’ll remove Spanish publishers from Google News, and close Google News in Spain.

The new laws come into effect in Spain later this month, and it could affect other news services in Spain as well as Google News.