This is really cool. If you spend a lot of time in major airports, big malls, or certain retail stores and use Android you need to update Google Maps. Google has announced that Google Maps 6.0 for Android now supports maps of the inside of buildings in some instances. 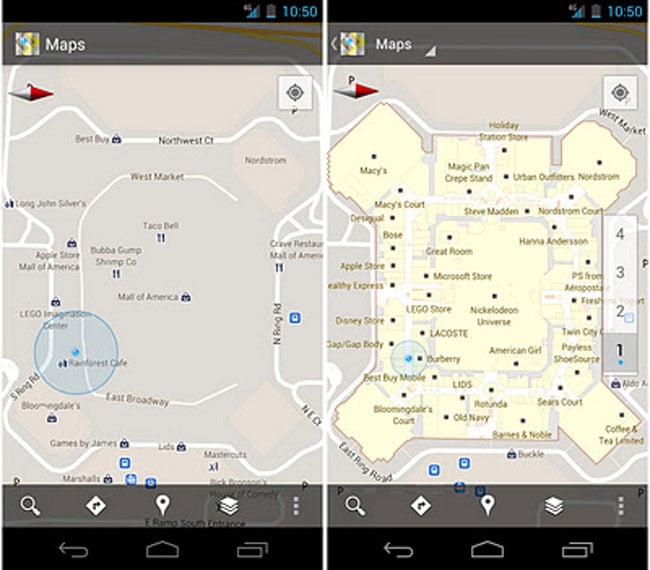 The maps can be accessed by zooming in on an address and then the layout of the inside of the store or mall will open up. The blue dot will show you where you are at any given time with high accuracy. The map can even tell what floor of a multiple story mall you are on.

Once you get inside a store in the mall the maps can even show you where specific things in the store are, assuming the store is supported. To start the Mall of America is supported along with Macy’s, IKEA, and several other retailers. Major airports like O’Hare and others are supported as well. I hope this is eventually rolled out to every mall.