Google has announced that its now open up support for its Google’s Map Maker editing tool within the UK, allowing users to add information about buildings, hiking trails, vegetation and other features to Google maps of the UK.

But don’t worry any alterations or amendments made with the Google Map Maker editing tools are first checked before going live by other users and Google staff. 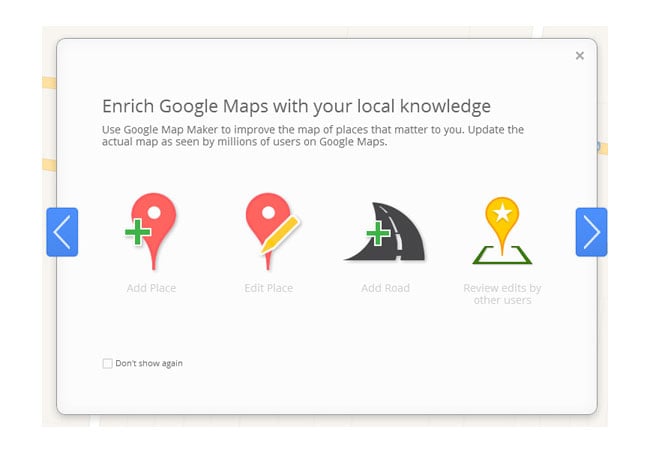 The search giant first launched its Google Map Maker service back in 2008 to allow users to help add details to its maps of Pakistan, Vietnam and other countries.

The ultimate goal of the Google’s Map Maker editing tool project is to acquire sufficient high-quality mapping data to be published and used on the existing Google Maps service. Some contributions have begun to appear on Google Maps, but Google Map Maker is a separate service from Google Maps.

“Using the find or browse tools, contributors are able to add to and edit existing features on the map. Three kinds of drawing tools are available: placemark (a single point of interest on the map), line (for drawing roads, railways, rivers, and the like) and polygon (for defining boundaries and borders, adding parks, lakes and other large features). The approach encouraged by users and by Google is to trace features such as roads from the existing satellite imagery. This approach is not useful in areas with poor satellite imagery, and users consequently create less map data in those areas.”