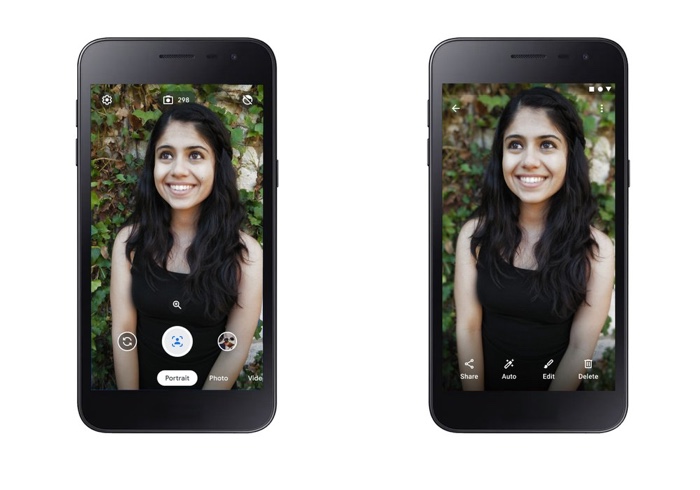 Google has announced that Android Go is now available on more than 100 million device around the world, the company also launched a new Camera Go app.

The new camera Go app will be available on the recently announced Nokia 1.3 smartphone and other Android Go devices.

The new Camera Go app from Google helps you take beautiful photos without worrying about speed or storage. It has features like Portrait Mode to give your photos a professional look by focusing on your subject. It’s built for people using smartphones for the first time, so it has a clean and simple interface. And, most importantly, Camera Go tracks how much photo and video storage space you have left, and then it helps you clear up space so you never miss a shot.

You can find out more information about the new Camera Go app for android Go devices over at Google at the link below.