As expected and unveiled to be in the works during their Google I/O event last month, Google has just rolled out a new update for its Google iOS application which now includes full support for Apple’s iPad tablet.

The new Google+ iPad application is virtually the same in design as the Android version of the Google+ app and provides a much more comfortable environment to catch up on your Google+ activity. 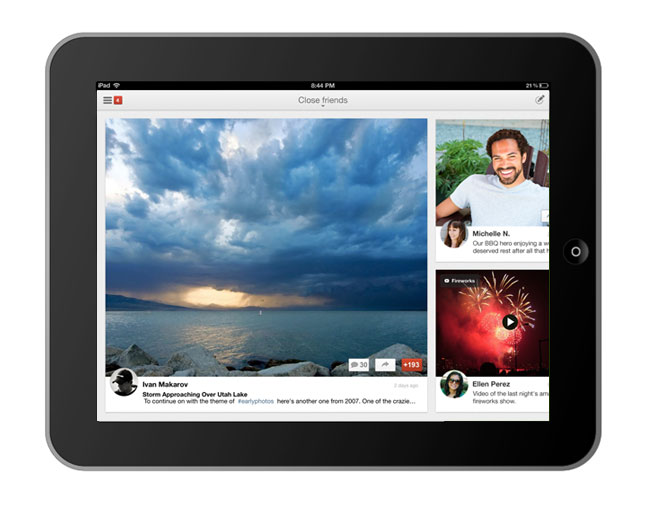 With iPad stream styles being content based on popularity, type and orientation, as well as the ability to now start a Hangout from your iPad and stream it directly to your TV using Apple’s AirPlay service.

Other new features making their arrival in the latest Google+ iOS application include Google+ Events and the ability to attach instant upload photos to posts. You can now download the new Google+ iPad app from the iTunes App Store for free.